When we began the deconstruction phase in the backyard, it became apparent that many of our well-established plants were unhealthy. “Leggy” my neighbor called our azaleas and camellias. And that’s a good adjective for the way the plants had grown with thick and bare stalks that tangled around each other on searching for sunshine. But even more than their odd appearances, many of our biggest flowering bushes had other sick issues.

I’m not an expert, so I took some samples of the leaves to Hyams Garden Center, because these people are experts. I walk in, admit my naivete, and in a matter of minutes I know what the problem is and how to fix it. Last year, they saved my crape myrtles from demise. (Jason and an eager neighbor were ready to chop them down declaring they were dead. This year, they’re full, green, and lovely.) And these 30 Days, they’ve set me on the right path to fixing the sickness in my backyard. 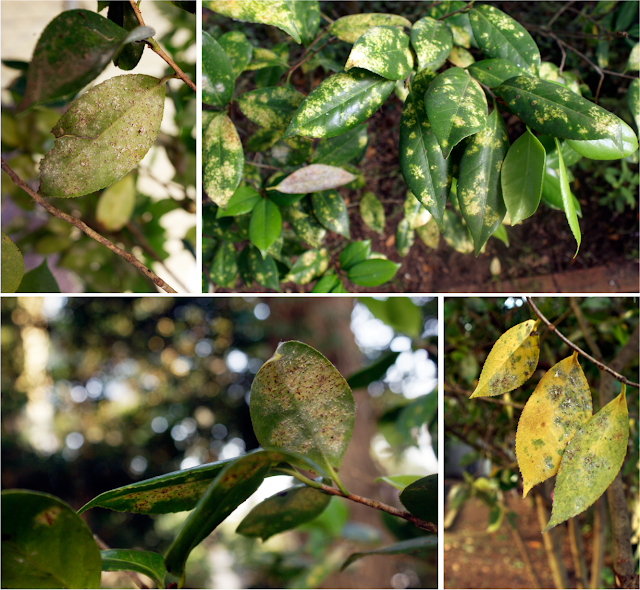 “Scales.” My camellias have scales. “Think of them like barnacles,” said the expert at Hyams. Apparently, scales are a common infestation for camellias. They are basically tiny insects that attach themselves to the leaves and then deplete all the nutrients. They can slowly kill the plant over time. So what do you do? You trim your plant well and then spray All Seasons Spray Oil. It makes the bugs let go of your plant. I was told to spray twice over two weeks, because of the severity of my infestation.

And something is eating my azaleas. Clearly. 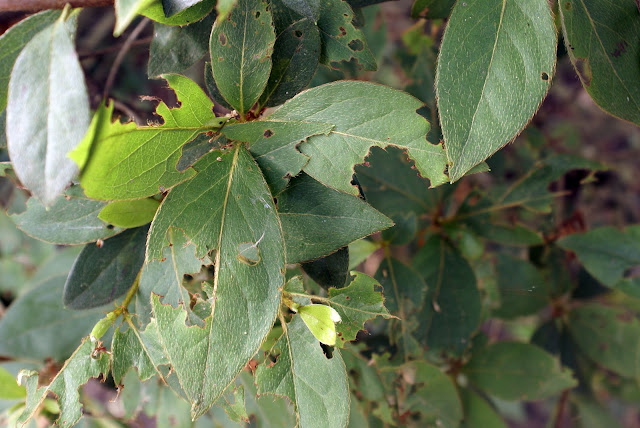 There are teeth marks all along the outsides of the leaves that move to the inside. Some kind of tiny something with lots of teeth is more than happy to decimate these leaves. The azalea prognosis from Hyams wasn’t quite as dire as the camellias. I’m told they’re being eaten by a worm who comes out late in the evening to feed, and I was told to spray them with a gentle pesticide as late in the evening as possible. We trimmed the azaleas too during our yard-wide blitz. And now they’ve been sprayed. I’m hoping next year’s leaves will be full and teeth-free.

Both sprays I was given were safe for children and pets once they’re dry, which is super important to me. But it’s also comforting to know that I have a network of experts close by. I will never be a Master Gardener, but I like knowing where to find one.

Check this out too